History of the
Stiefel Theatre 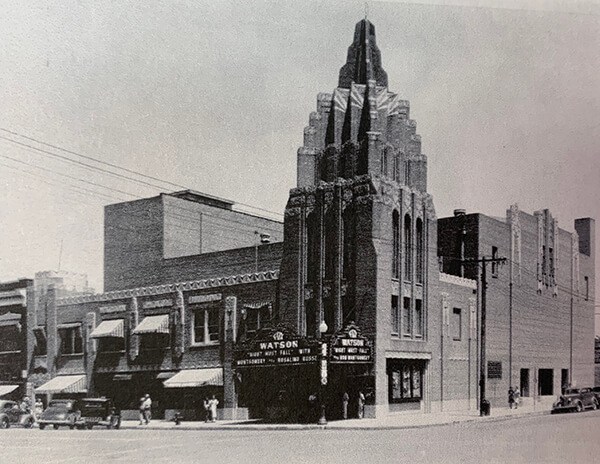 The Fox-Watson Theatre was opened on May 19, 1931, and is listed on the National Register of Historic Places. The theatre was the brainchild of W. W. Watson, a wealthy wholesale grocer and banker in Salina who was also instrumental in attracting local business people to support the project, and the Fox and Midland Theatre Companies who then built the movie palace. The $400,000 theatre was designed by the Boller Brothers from Kansas City and was considered one of the most beautiful in the state. It was built by Busboom and Rauh in Salina with supervision from local architect Charles Shaver. The first movie shown at the theatre was “Not Exactly Gentlemen.” The original theatre tower extended four stories and was topped with a neon beacon that reached 78 feet in height. Lightning damage to the upper tiers in 1954 caused removal of the top layers of the tower. After many years as a busy movie house the theater closed in 1987. After being closed for two years, Dickinson Theaters (that now owned the theatre) offered the building to the City of Salina. The city then replaced the roof and moth-balled the building. 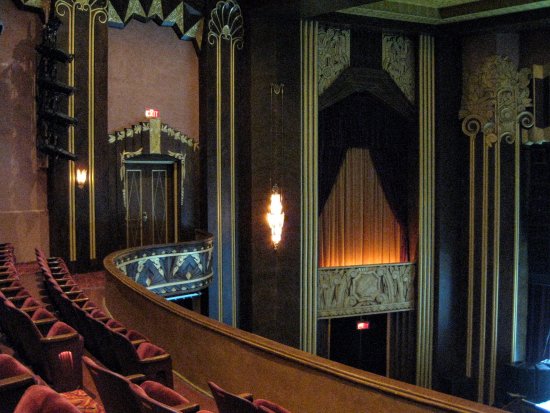 In 1996, the Fox Theater Discovery Group formed to determine viable options for the facility, leading to the development of a nonprofit group, "The Historic Fox Theater of Salina Foundation." The Foundation presented a proposal to the city to accept ownership in August 1997 that the city accepted. Renovation and fundraising began soon after with Salina’s Norm Yenkey in charge of the building renovation. Norm worked tirelessly for several years on the project, donating his time. Norm’s wife Kristy also worked to form the original "Gems" group that hosted many special gatherings. Many people made major gifts to the original renovation including a significant gift from the City of Salina. The theatre was renamed The Stiefel Theatre after Milton Stiefel made a major contribution to the renovation. The name Stiefel was also synonymous with downtown Salina. In addition to being a sound businessman, MIlton Stiefel was a strong promoter of this community.
‍
‍
The theatre officially reopened on March 8, 2003 when renovation was completed. With support from a strong board, a tenacious and visionary small staff, generous donors and loyal concert-goers from Salina and the region, the theatre began presenting national touring acts with performances by greats such as BB King, Merle Haggard, Alison Krauss, The Avett Brothers, and more. The Salina Symphony also makes their home at the Stiefel Theatre and has an extraordinary and robust season each year. Many community organizations also use the Stiefel for their meetings and performances. The Stiefel is an independent venue. Sixty- five percent of our audiences come from the region and  beyond. Overhead is raised with donations, and show costs including artist fees, technical and marketing are covered with ticket income. Big thanks goes to Mike Beatty and Rich Morrison for starting the Stiefel Endowment in 2008, and to Mike Beatty and Bonnie Sanderson for their continuous work helping with finances. Suzanne Hokett has also worked for years helping with furnishings and facility.
‍
In 2018, Salina2020 was formed to revitalize Salina’s downtown. Being at the heart of downtown, the Stiefel was the recipient of generous funds to strengthen the building and finish the first renovation. Construction began in early 2019 and took approximately two years to complete. A new sound system, stage improvements, remodeled Watson Room, remodeled Green Room and apartment, new women’s bathrooms, and updated backstage were added. Tremendous thanks goes to Trace and Guy Walker, Salina2020 and the City of Salina for this incredible project and vision for Salina. We are also grateful to Ponton Construction and architect Warren Ediger for the work they did on this project. 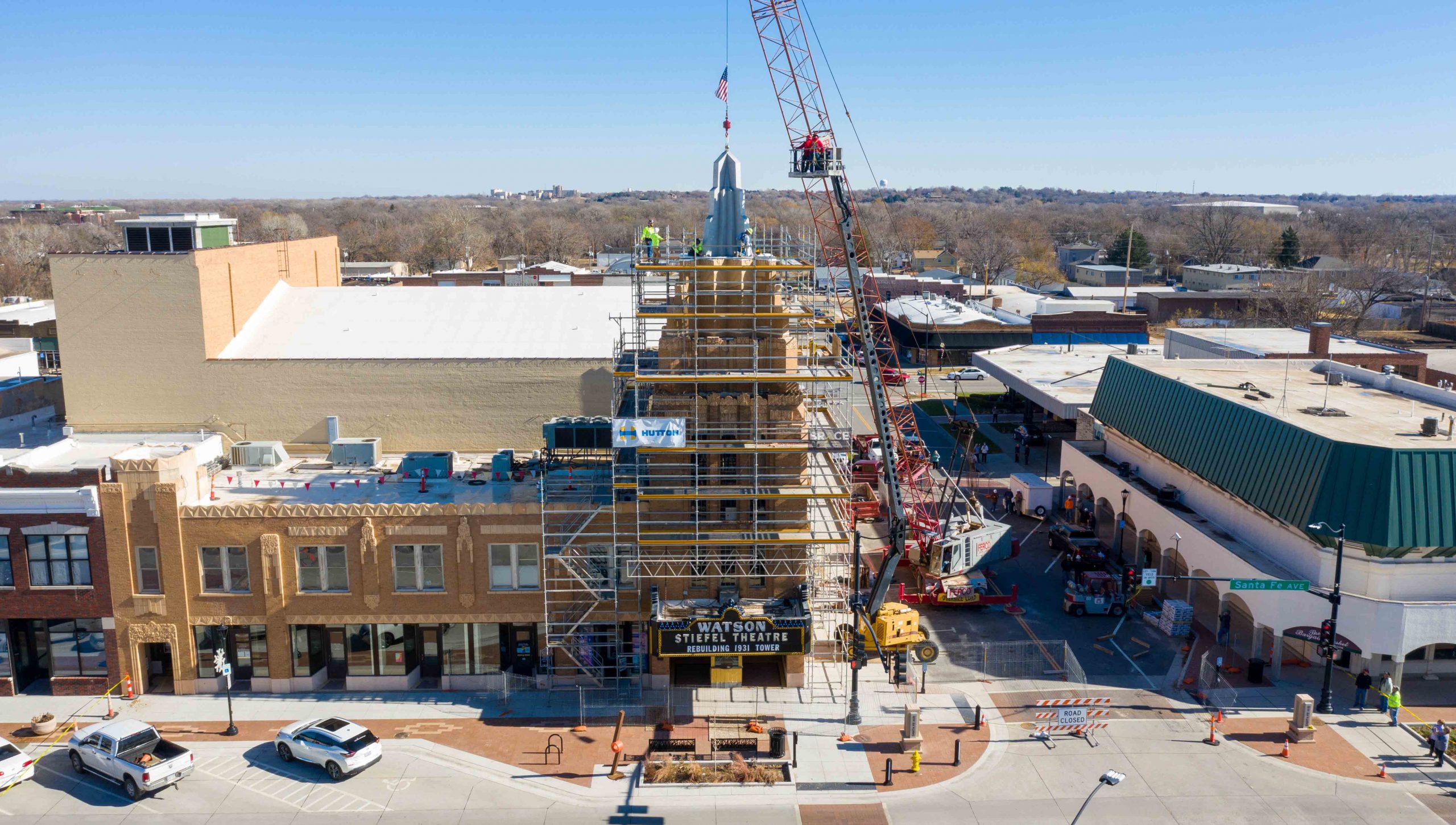 In 2019 a fundraising campaign was started to rebuild the original theatre tower. The project was completed in January 2021. Norm Yenkey was also in charge of this project. Norm and Kristy said “It’s been a privilege to be in charge of the Stiefel restoration projects...both the original restoration and the tower. We wish the Stiefel Theatre the very best in the future." Many thanks also go to Sid and Susy Reitz, Mac Steele, Rich Morrison, Mike Beatty, Chuck Vasilius and countless others for their support. We are also grateful to Jones Gillam Renz Architects, Hutton Construction, and their contractors for beautifully rebuilding the historic tower just as it was when the theatre opened in 1931.
‍
As an independent venue the Covid pandemic hit the Stiefel hard. The generous donations and grants during this time will always be remembered. So many people and businesses donate to the Stiefel each year and make it possible for the theatre to be here. We couldn’t be more grateful for the support that is given by so many to this theatre. We are grateful to reopen for shows in July 2021 after being closed for 16 months due to Covid.
‍
Historic Theatres like the Stiefel are a treasure to be protected and supported. Thank you for your support! 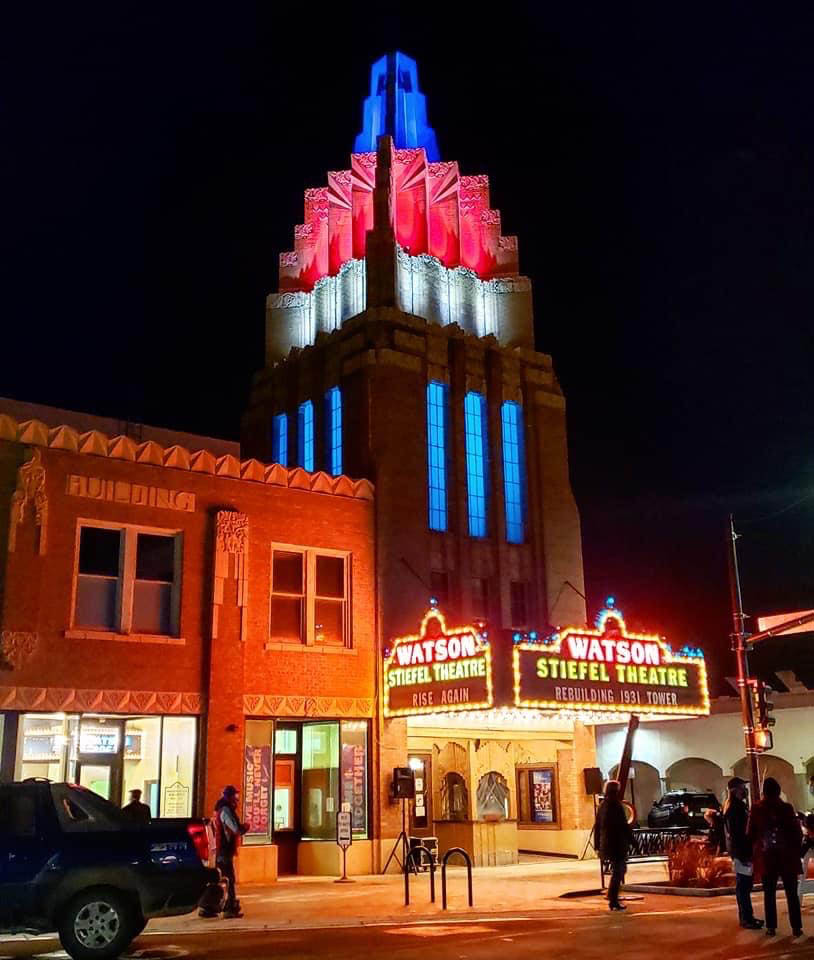 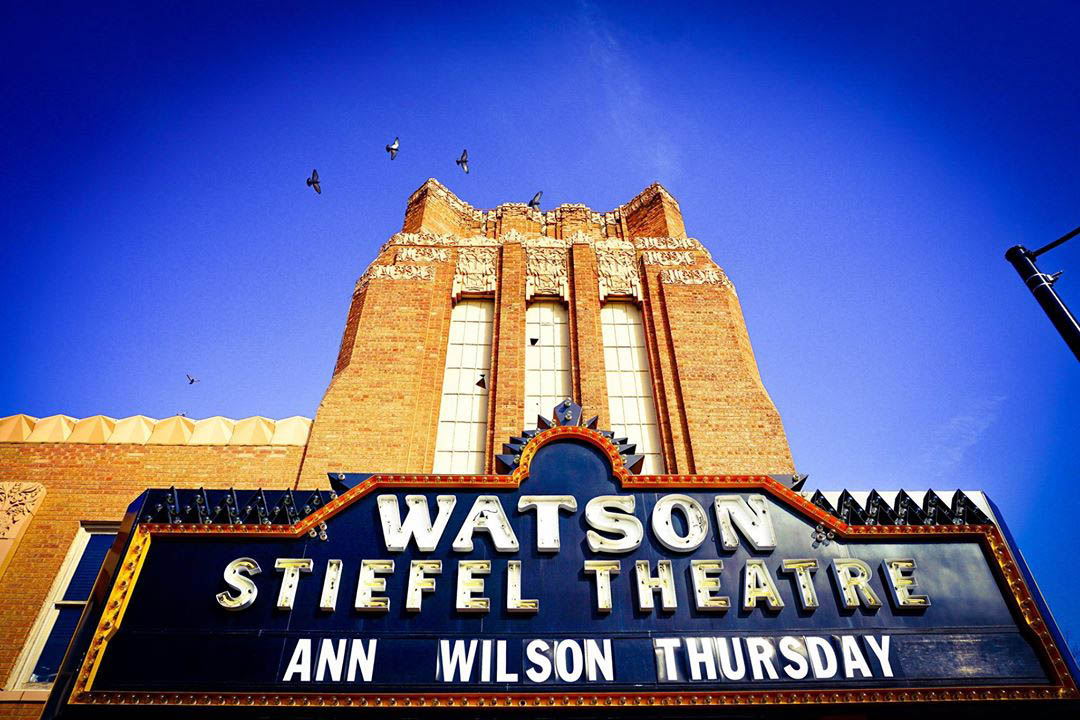 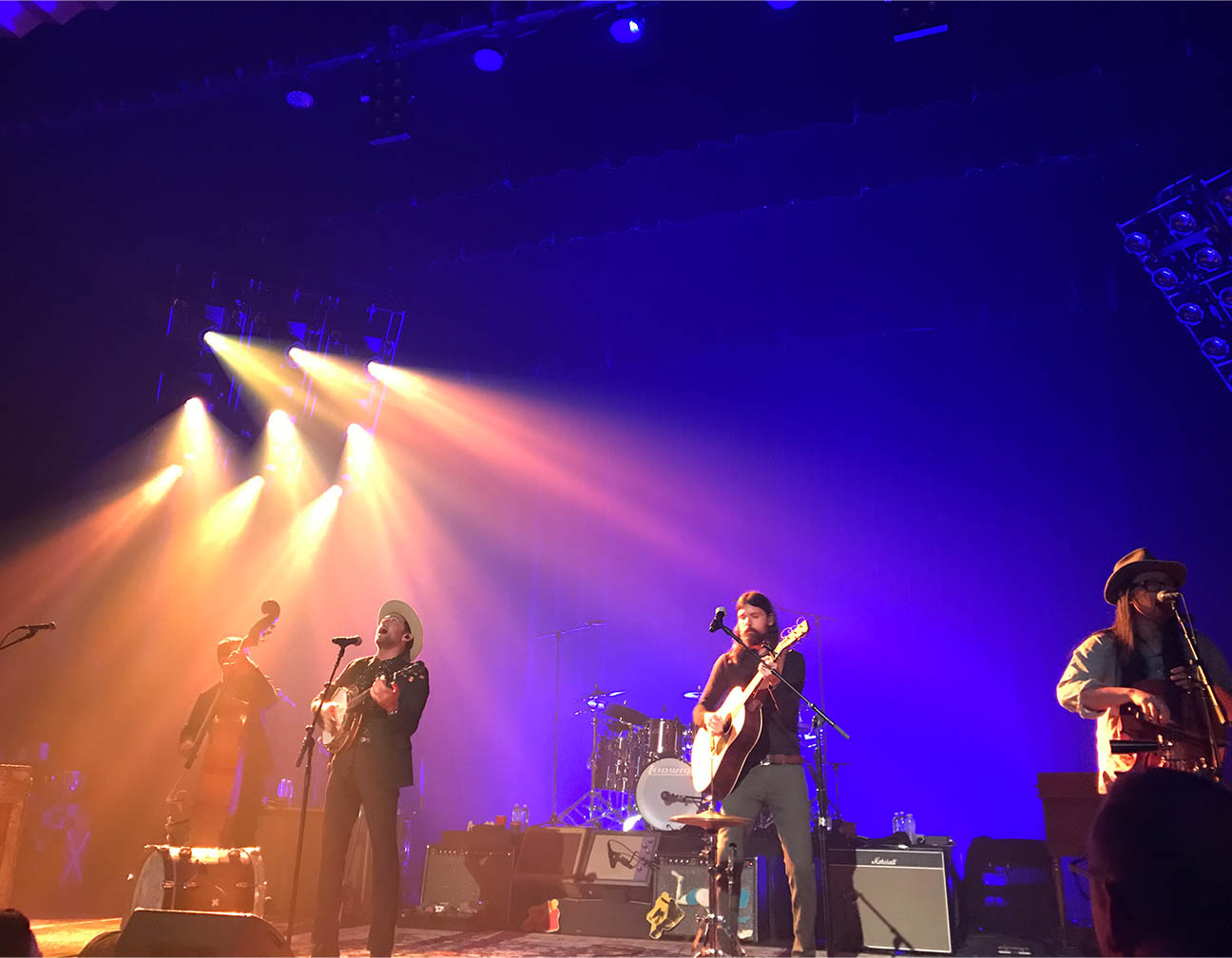 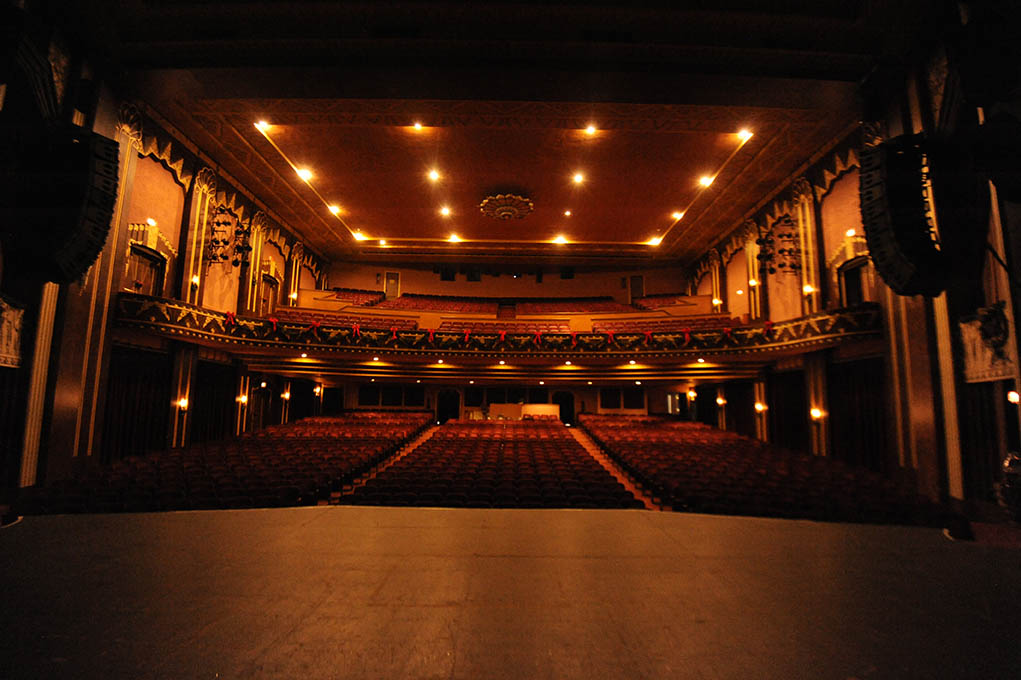 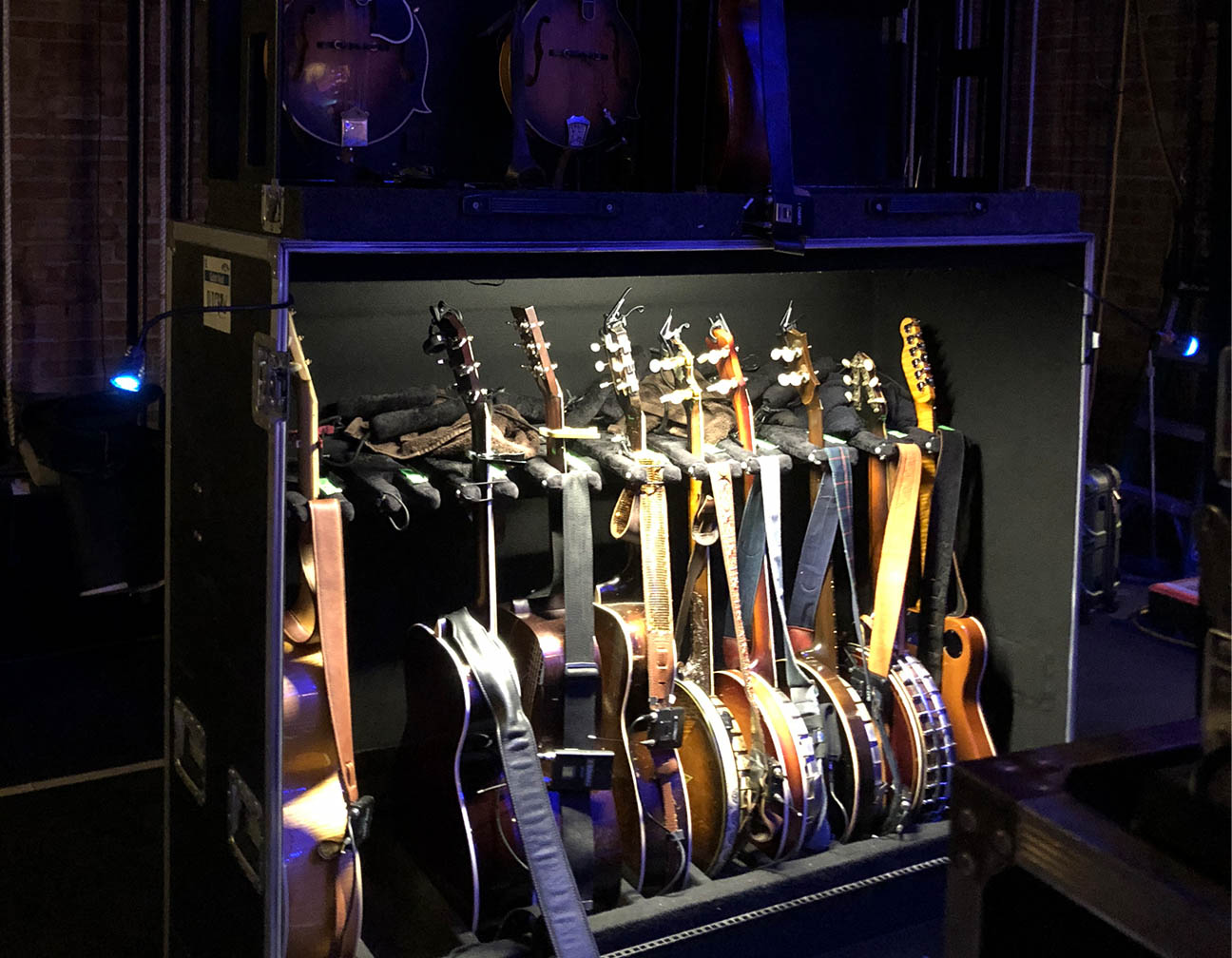 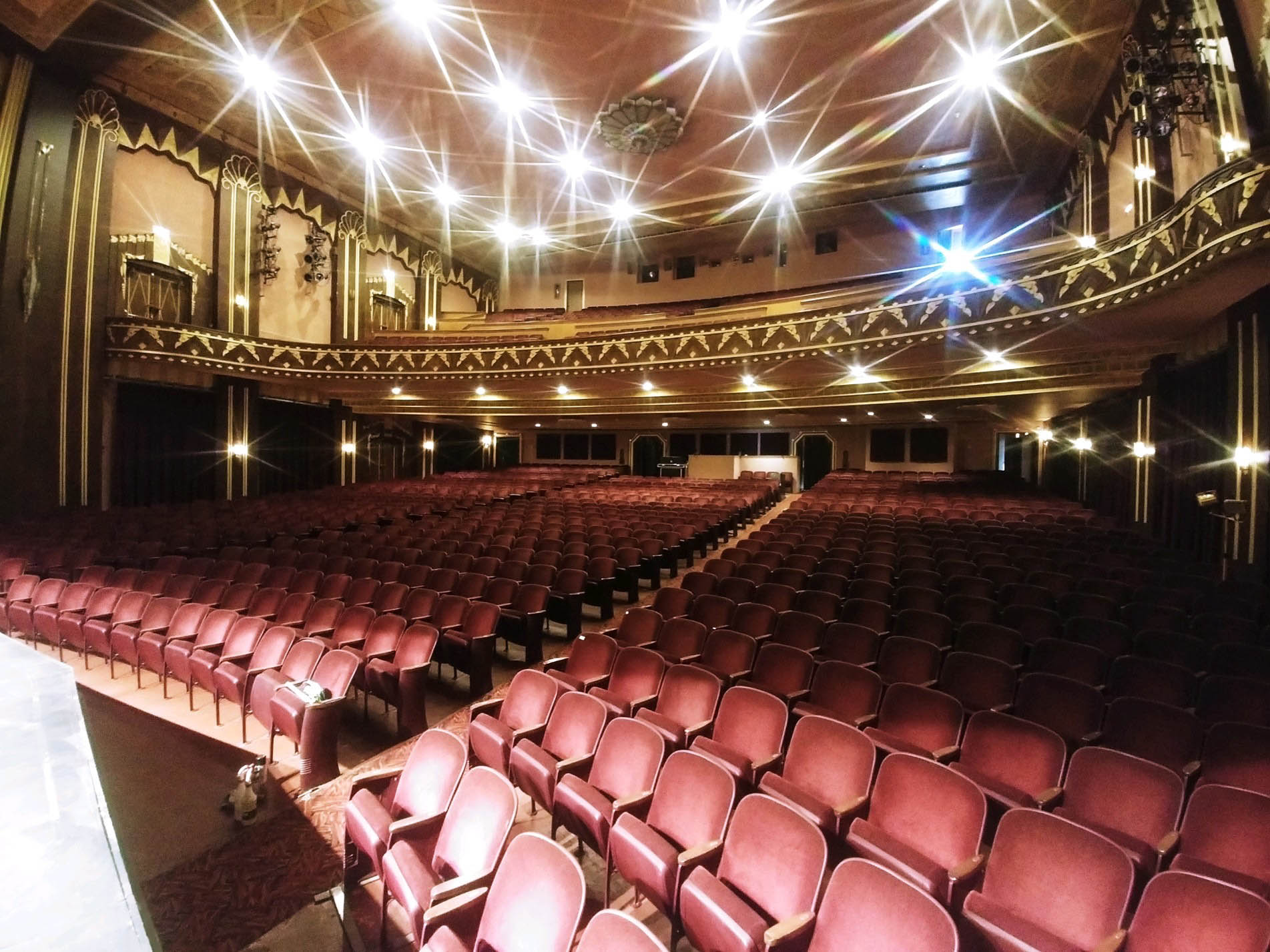 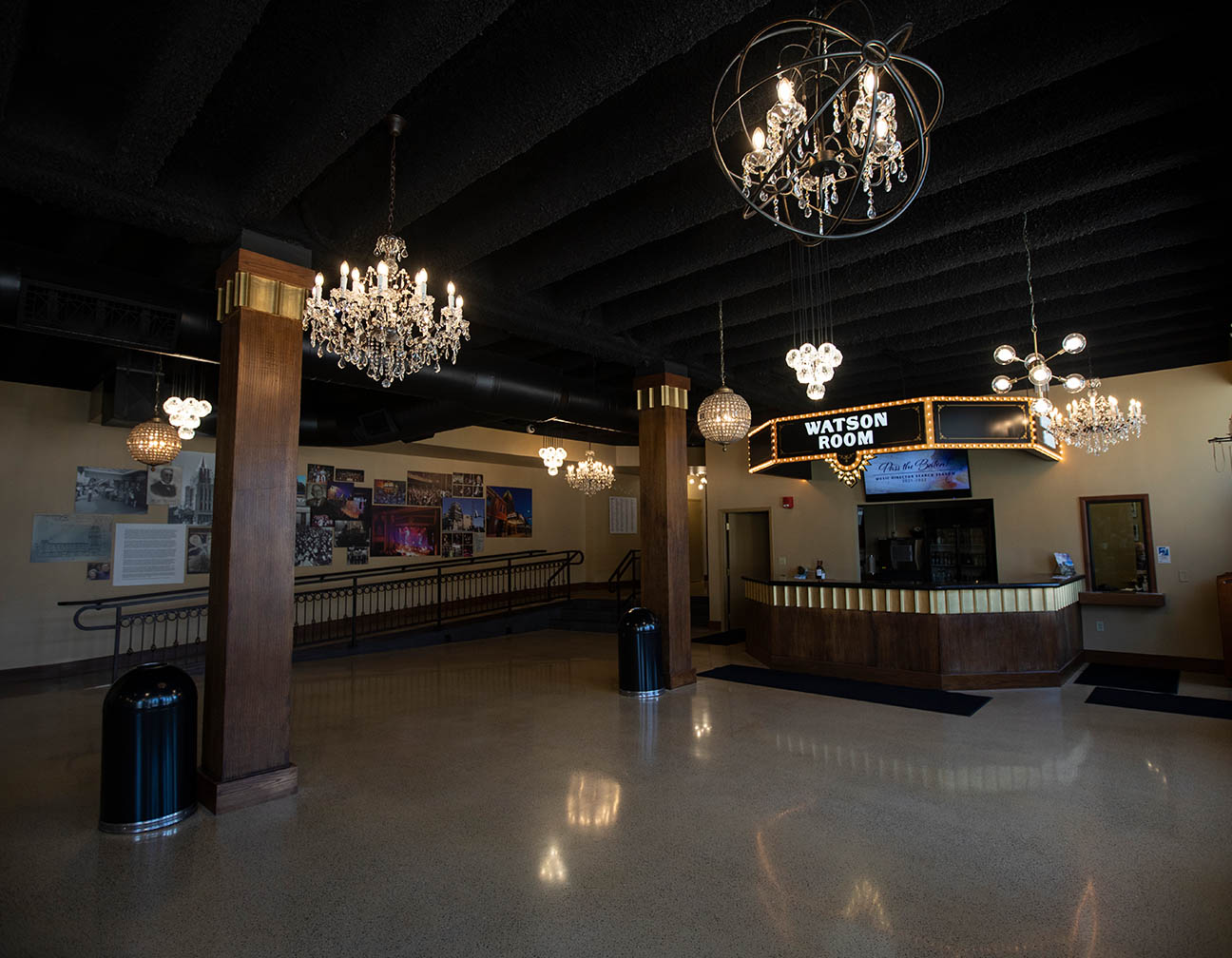 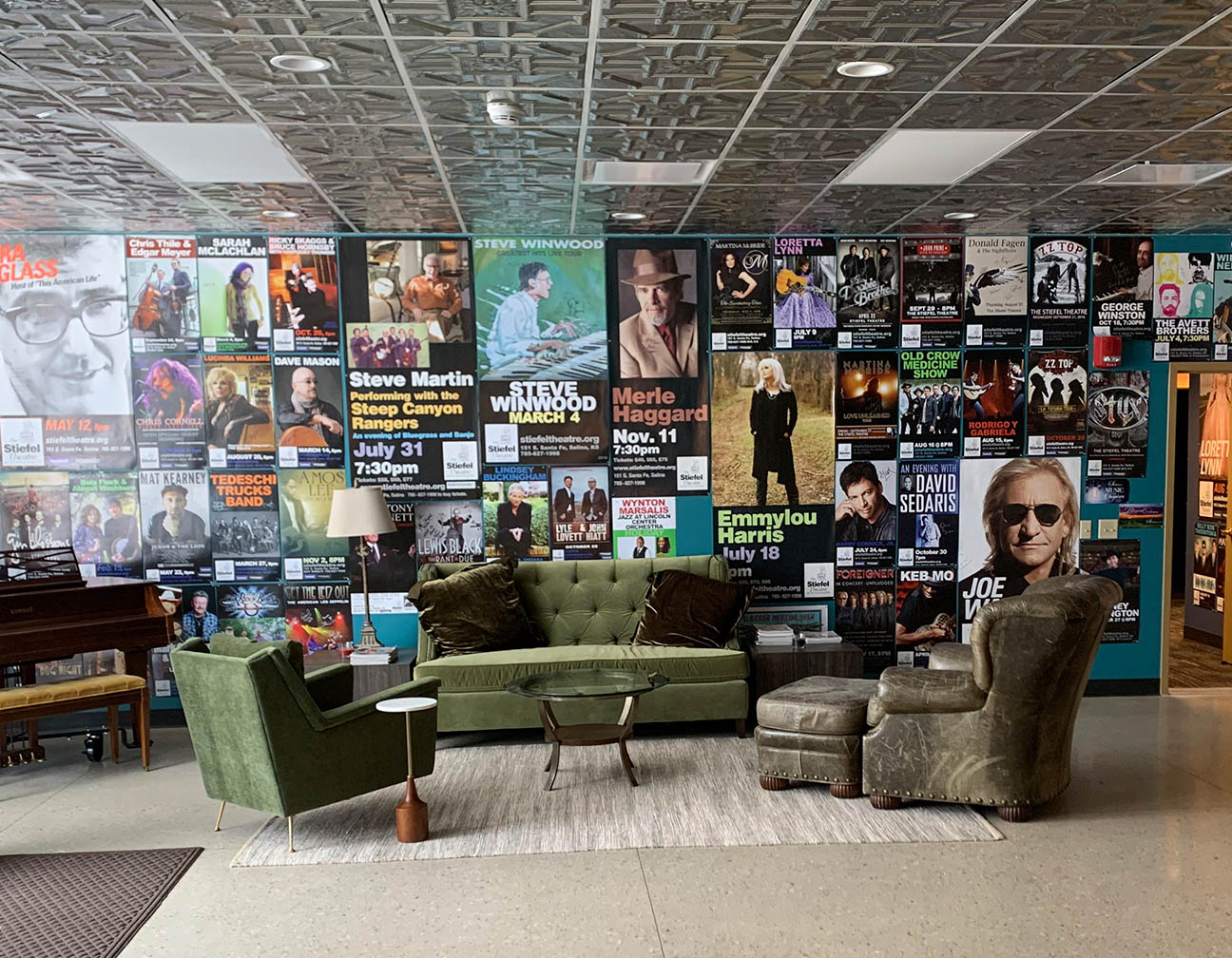 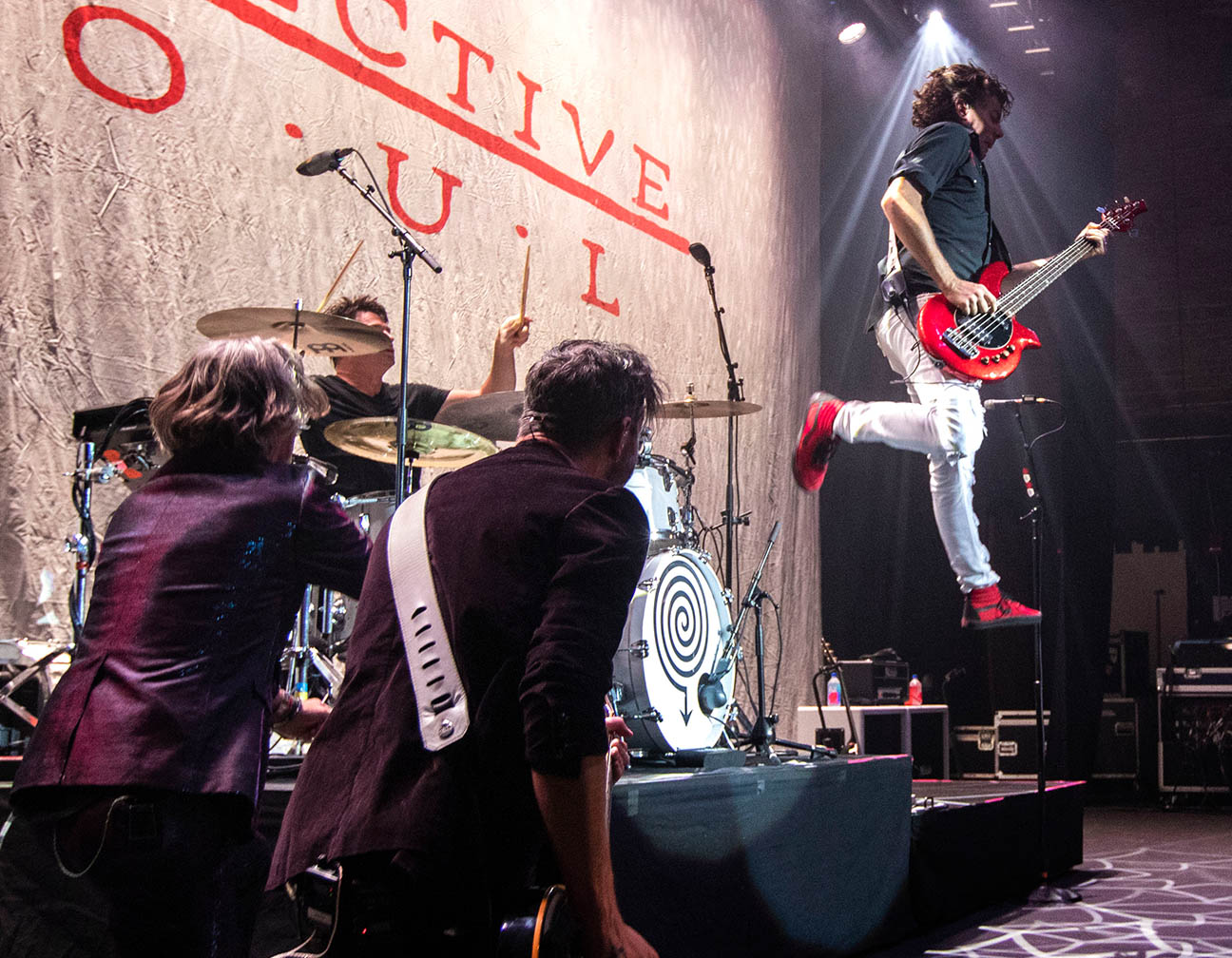 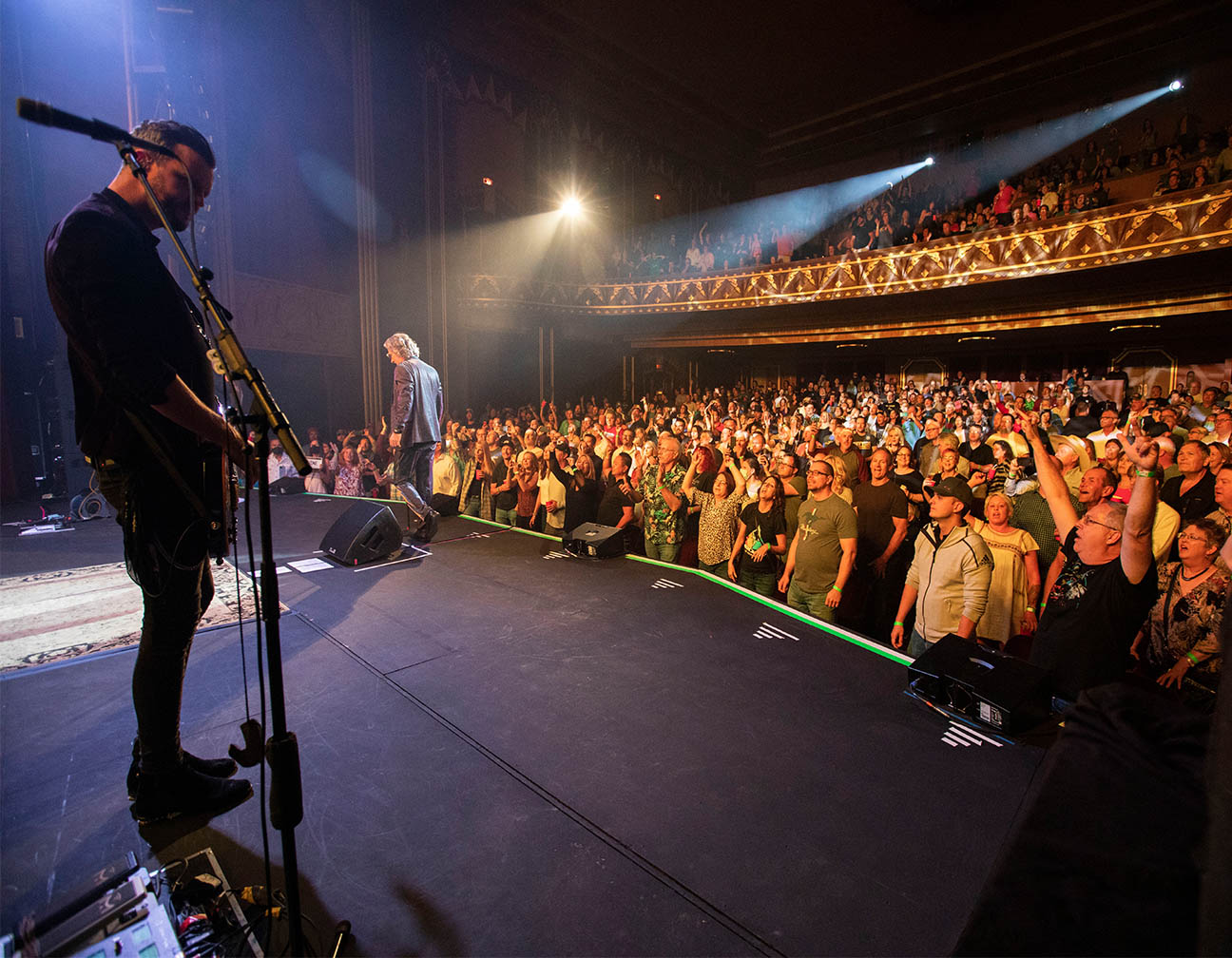 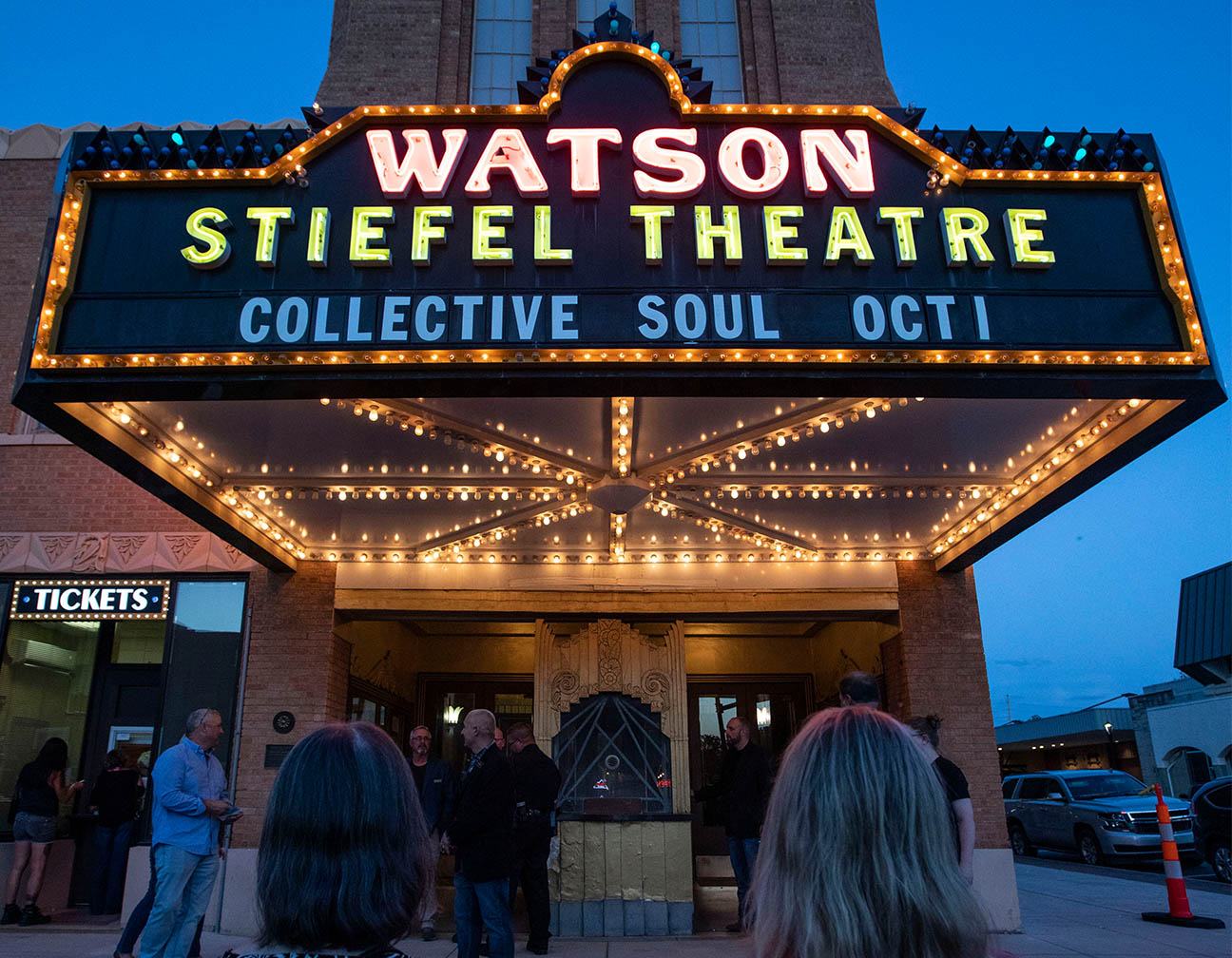 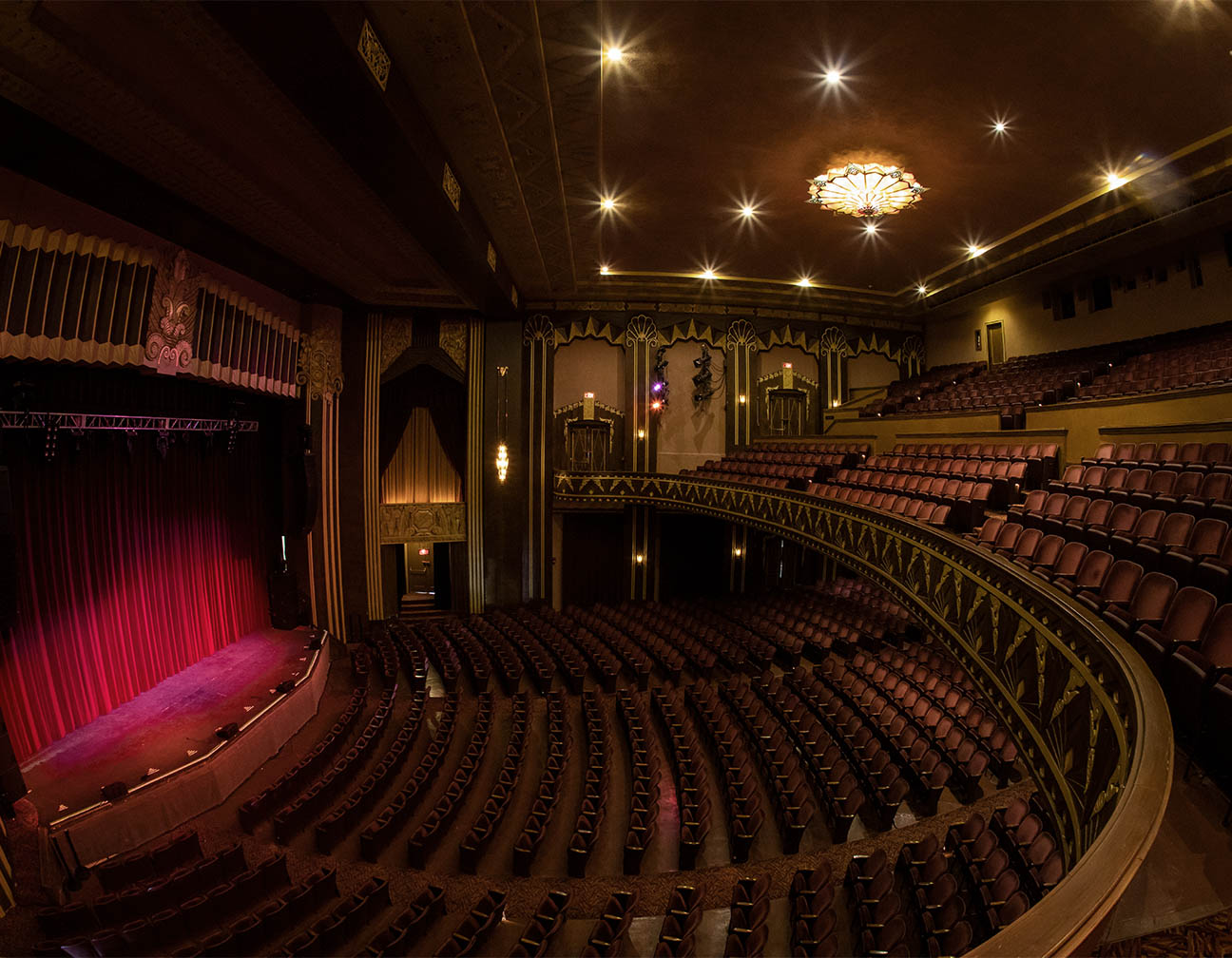 Welcome to The Mike FInnigan School of Music at the Stiefel

Come and See the Salina Symphony